A couple of weeks ago, thanks to the Developers Memes bot on Mastodon, I’ve discovered the Misbrands logos. And I’ve printed some of them to decorate my laptop 😁. Just as I could expect, some of my colleagues hated it, other loved it, and the rest didn’t understood. 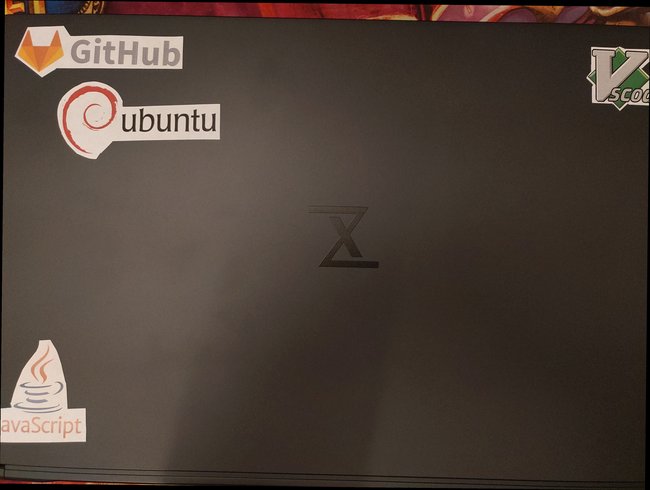 I’ve added the “pip/npm” and “Azure/AWS” logo since.

As you can see, the idea is simple and fun : associate a logo to a similar brand, like GitHub associated with GitLab logo. It was inspired by the JavaScript logo.

Then, I thought it would be nice to write about the two brands parodied by these logos, what are these softwares and their origins. So, let’s start with Vim and Visual Studio Code. 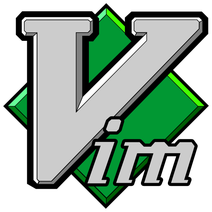 Vim stands for “Vi IMproved” (at first : “Vi IMitation”), a free and open source text editor based on vi, created 46 years ago by Bill Joy. Vim was created on 1991 by Bram Moolenaar as a tool usable with both command-line and graphical user interface. Born on Amiga, it was ported on various systems later and is today one of the most famous text editor for Unix and Linux world.

Despite being a very popular text and development environment, the most usual joke about this software is : “how do I quit it ?”. As Vim possesses its own command line interface, you can’t close it with a ctrl+c interrupt sequence or other signals (unless you kill the process in another session). You need to write a specific exit command : :q or :wq to save and quit. Also, the switch between Normal, Visual or Insert mode is always confusing for the newcomers.

Vi/Vim is the first text-editor I’ve discovered on Linux during my early days on Debian and later Ubuntu. I’ve always been used to it and I’m always confused when Nano appears before my eyes as a default editor on some systems. I can’t say I’ve mastered all of its power, I still have difficulties to use the Visual Mode, but it’s impressive to see how you can do very fast actions with just a couple of keyboard keys.

Microsoft Visual Studio Code is a code source editor developed by Microsoft and available for Windows, MacOS and Linux. It’s an open source software licensed under MIT, but the binaries are distributed with a proprietary license. This is one of the reasons why the VSCodium project was launched, a FLOSS version of the binaries released under MIT.

Visual Studio Code was created in 2015 by Microsoft and its sources are available on GitHub. It can be extended thanks to a lot of plugins available on its marketplace (I’ve made a list of my favorites). VScode is based on Electron, so it’s mainly developed with web languages and it uses the “Monaco” component also exploited by other Microsoft services and also other tools. Like any other source code editor, VSCode features Git integration, debugging, syntax highlighting, code completion, snippets, and code refactoring. Like Vim, there are a lot of keyboard shortcuts and it also possesses its own command line mode, but far simpler.

VSCode is one of the most popular source-code editors despite some controversies regarding the built-in telemetry and the binaries distribution under proprietary license.

I’m using VScode since almost 4 years now. Before that, because I was always under the Windows constraint at work, Notepad++ was my best friend for script and code edition. Then, I’ve discovered Atom in 2018 and started to adopt it but I’ve finally moved to VSCode mostly because my other colleagues were using it. And as I’m a freelance since 2018 too, I’m able to have my own work laptop with Linux installed on it, so VSCode is basically my main code editor now. I must admit I’ve discovered VSCodium very recently, like since the beginning of year 2022. And I’ve quickly adopted it as the software is the same.