I’ve wrote a little about Final Fantasy XIV on this blog (most of these articles are in French), because that’s a game I really like. Also, it’s the first MMORPG on which I continue playing after being five years on World of Warcraft, that I’ve left on 2009. After WoW, I’ve tried other MMORPGs like Aion and later Guild Wars 2 that was really promising, but I haven’t get that much invested on it (I’ve played a lot on the first Guild Wars). Aion was also nice but too much PVP oriented and its Korean ascendance made it a heavy farming focused game (bashing monsters in a loop is not fun). The MMORPG market was really active and new games were regularly announced and other failed against World of Warcraft.

So, I’ve started playing FFXIV game with its 2.0 version, A Real Reborn in 2012. But I can’t say I was really invested in. I’ve only played 3 months, leveled my first job (a Warrior) and started to do some others but there were things that I didn’t enjoyed.

Basically, the crafting system was a pain (today it’s truly easier and quicker), the cross skills between jobs was a good idea but required to endure a multiple leveling to have essential abilities for one class. And also the worst part : there was not European servers back on this time, we played on US servers and the latency was terrible.

A couple of years later, the expansion Heavensward came out with its new content and improvements (and EU servers, by the way). And also I had to play all of the content added during the two years. But that was the same : I’ve played a couple of months and stopped. At that time, I’ve lost interest on FFXIV and just played sometimes during the free weekend campaigns that Square-Enix proposed regularly to see what was new.

Later, some friends showed me the Stormblood trailer and I wasn’t in the mood, like “meh.”. But I’ve started to notice something in the past and current trailers that I haven’t seen during my World of Warcraft period. Later, Shadowbringers was announced and the trailer really excited me, it was freaking epic and dynamic (and I really like the song), so I’ve bought Stormblood as it was on sales and preordered Shadow too.

I had a one year break during Shadow, but now I’ve been active in the game since one year and currently enjoying Endwalker. It’s a sign that the game had significantly improved and can keep me addicted on. But, let’s go back to the main topic of this article.

So, what was the “something” ?

In the Final Fantasy XIV trailers and cut scenes, you meet story characters just like in World of Warcraft you can see characters of the previous Warcraft games as it is a continuity. It was the same in WoW trailers, but there was something missing : your character.

During my time on WoW, I’ve been several times hyped by the new content trailers and stories, but in fact my character(s) was/were nobody. A random adventurer that was one among others to help the Alliance or the Horde. And this feeling was shared by a lot of players. I was often reading the official forums and each time a new boss based on a powerful Warcraft character was appearing, everyone were yelling at “no we can’t beat Illidan, we’re just random peasants taking arms, not powerful heroes like him !”. In fact, we were that powerful, but the story didn’t made us feeling it.

In FFXIV, your character is an active protagonist in the story and he/she is in the center of it as the Warrior of Light (even during the ending credits of the story, he/she’s listed as : “The Warrior of Light - Your Character Name”). This particular fact is materialized by a character used in the promotional materials, unofficially named the Hyur Midlander because he is based on the default appearance settings of a Hyur from the Midlanders ethnicity during the character customization. 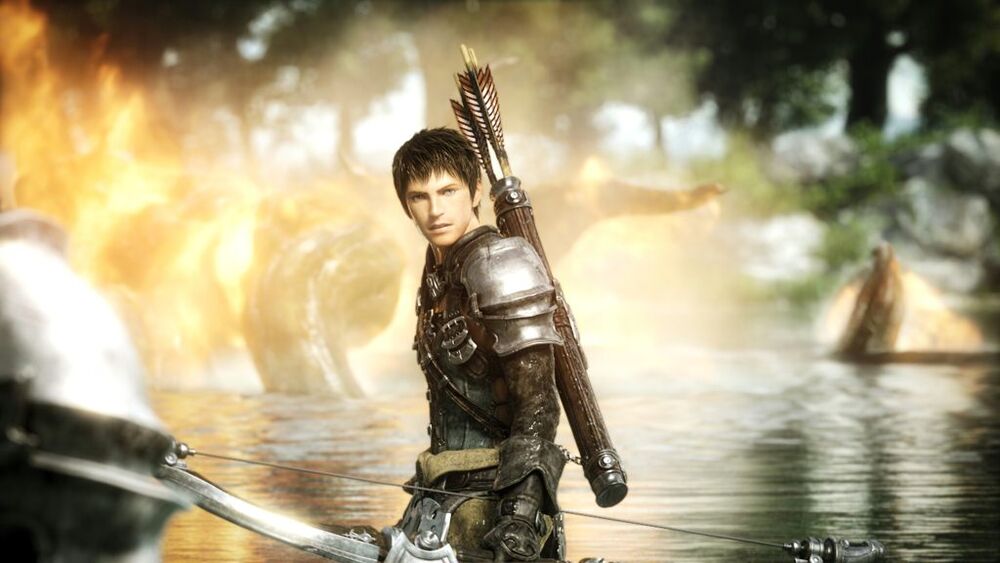 The Warrior of Light in the FFXIV 1.0 trailer 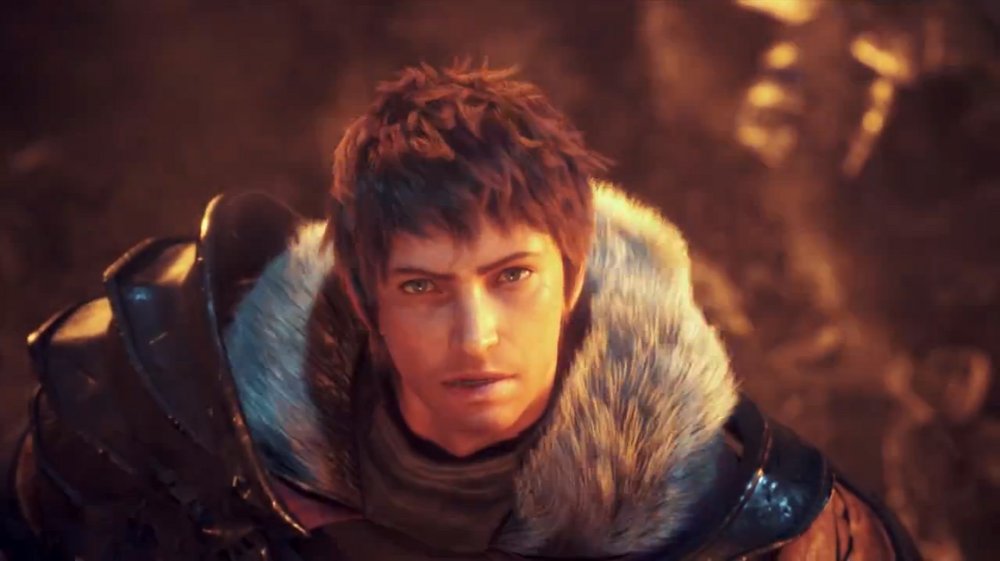 The Warrior of Light in the FFXIV A Real Reborn trailer 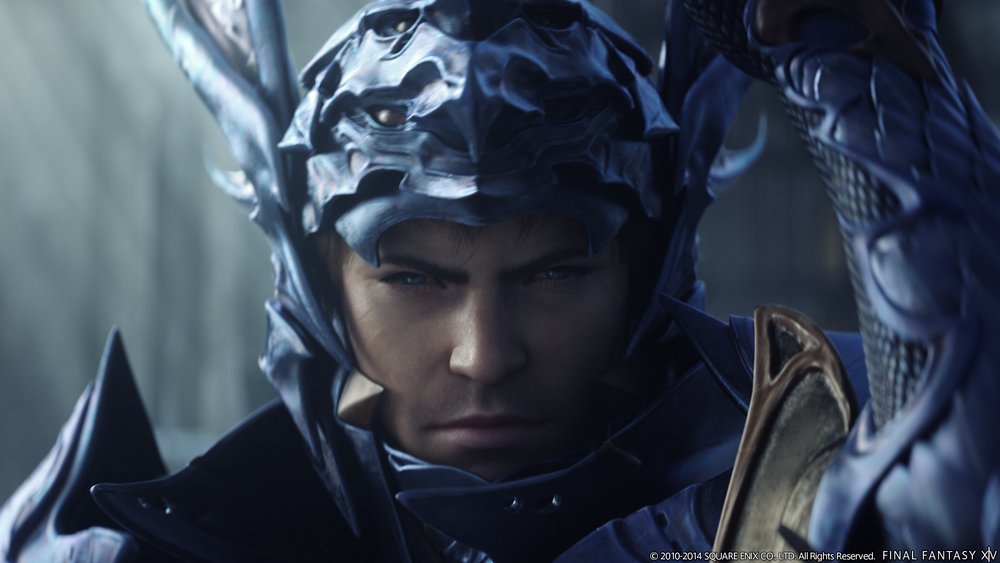 The Warrior of Light in the Heavensward trailer 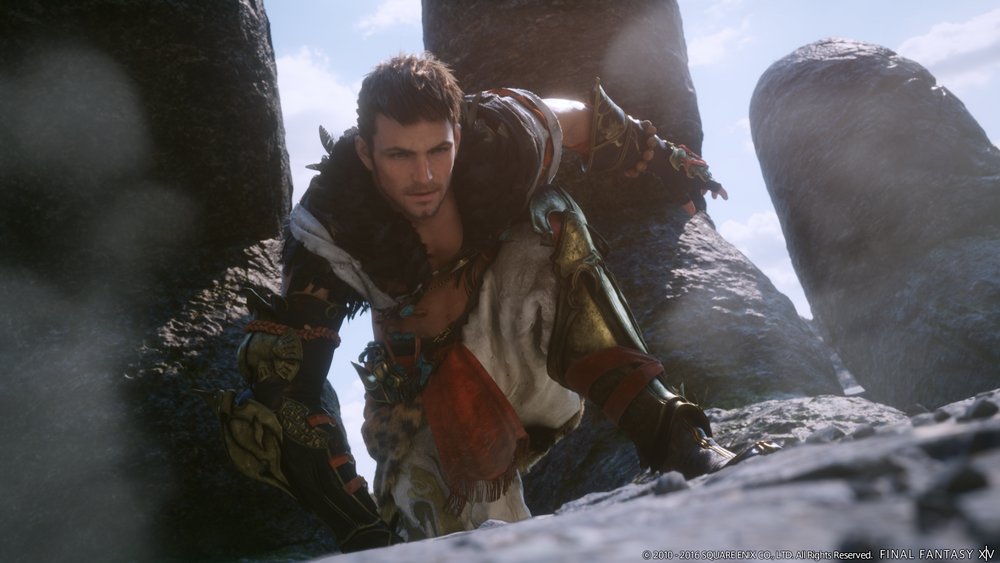 The Warrior of Light in the Stormblood trailer 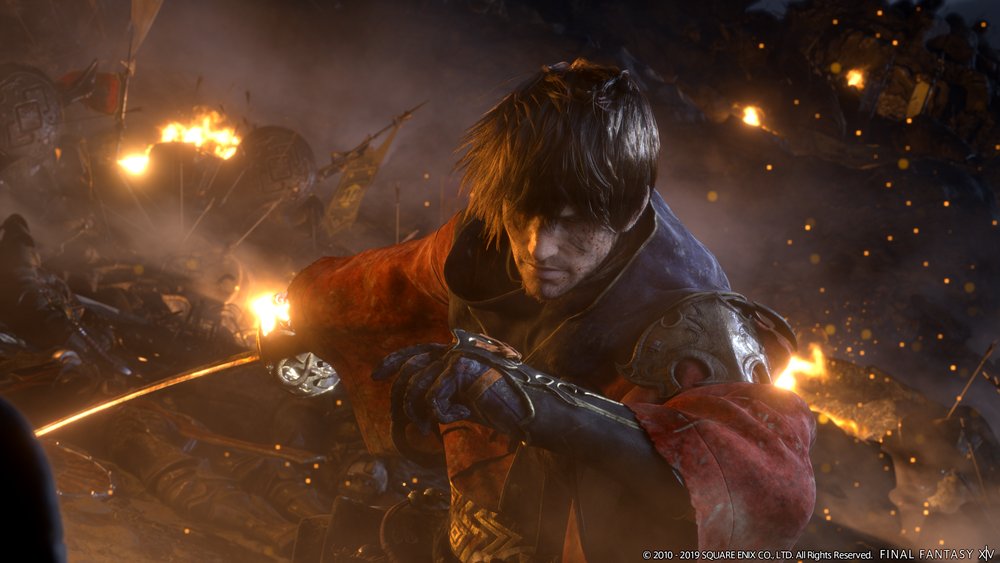 The Warrior of Light in the beginning of Shadowbringer trailer 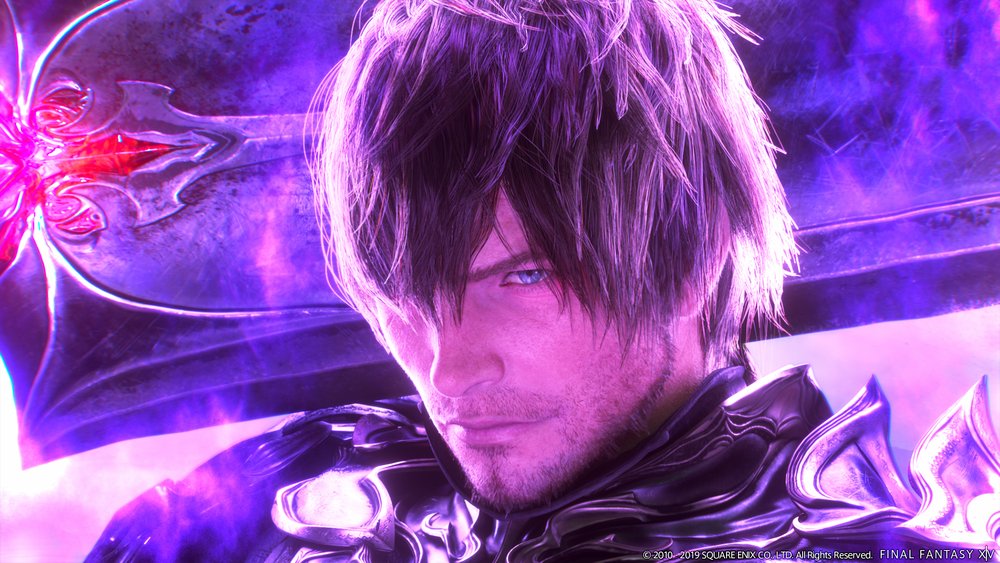 The Warrior of Light in the end of the Shadowbringer trailer 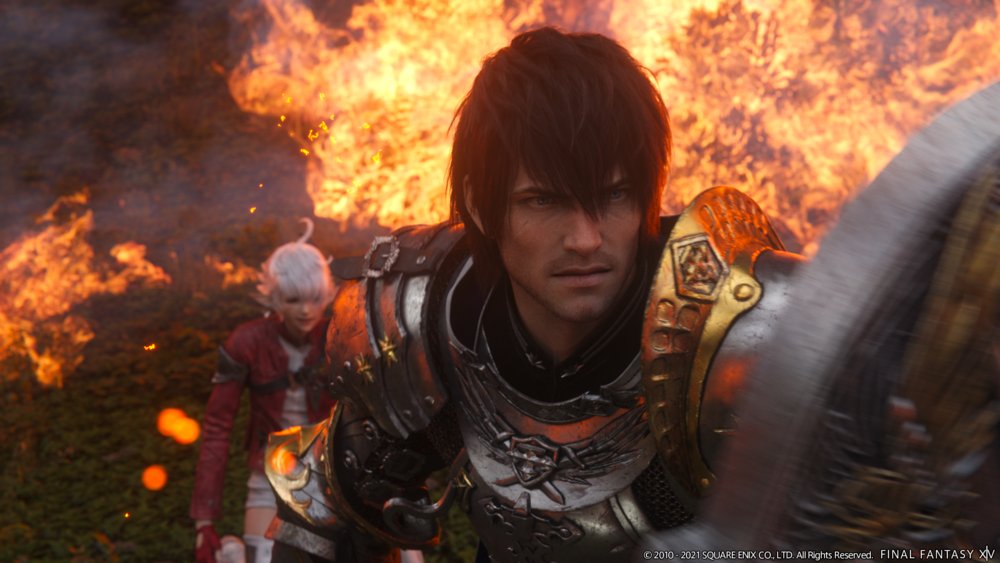 The Warrior of Light in the Endwalker trailer

As you can see, the character is physically changing, growing older with the player, and also changes its job during the expansions roll out (at first, he was Bard, then Warrior, then Dragon Knight, then Monk, then Samurai, then Dark Knight, and currently Paladin). In fact, we don’t really know how old is the Hyur Midlander and how many years passed between the beginning and the current state of the story. Even the game’s director Naoki Yoshida in person could not answer this question during a Q&A session for various reasons, one of them was because he didn’t want to think about it because the game is now ten years old.

In the various cut scenes and trailers, the Hyur Midlander is seen to take part to the story, interacting with the non player characters, taking decisions, and leading the way. You can see him taking refuge in the Heavensward trailer and later be a part of the Dragonsong War. Then he involve himself to battle against the Empire and help the Far East to liberate from the Garlean influence. And so on.

So, this is the thing that made me more involved to FFXIV than I could be in WoW when I recall my years on this game. Instead of having several characters, because of the multiple classes and races available, that are repeating the same things, you have one (of more if you want) character than can do all of the game content, and who is a protagonist of the story. This narration is far more player focused than I can remember from WoW and I think that’s a really nice way to construct a character story in a MMORPG.