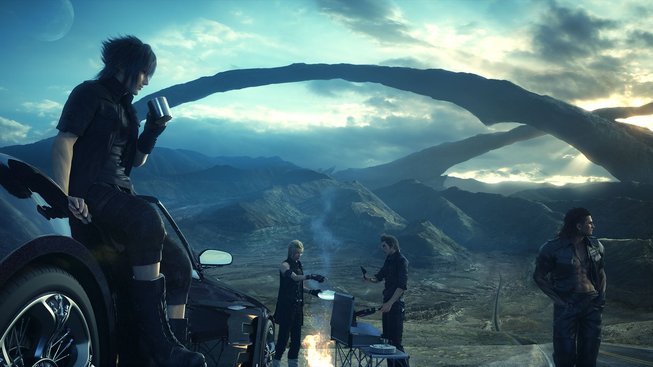 Final Fantasy XV is an action RPG developed and published by Square Enix. Its first release was on Playstation 4 / Xbox One in 2016, then the game as been ported on Microsoft Windows in 2018. Initially, FF XV was known as Final Fantasy versus XIII and developed during the Fabula Nova Crystallis Final Fantasy project (the FF XIII universe). It’s first images appeared on 2006 and the game was scheduled for Playstation 3.