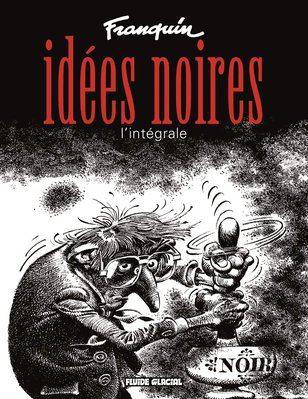 Idées noires, translated as Franquin’s Last Laugh in English, is a collection of Black Comedy comic strips drawn by André Franquin, written by Franquin and Yann Delporte in 1977. After its cancellation in the Spirou Magazine supplement Le Trombone Illustré, the series has been continued in Fluide Glacial until 1983. Franquin created Idées noires while he was suffering himself from depression. The drawing style is far more simple and pure than Franquin’s usual work, using black and white colors and characters drawn as shadowed figures.