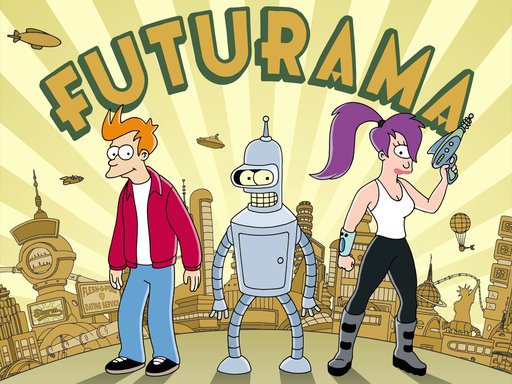 Futurama is an American animated TV show designed by Matt Groening, creator of The Simpsons, initially launched on March 1999. It features the story of Philip J. Fry, a 25 years old immature yet good-hearted pizza delivery boy who is accidentally cryogenically preserved at the first seconds of the 2000 year and wakes up one millennium later. The show initially ran for four seasons on Fox network until its first cancellation.