It’s been everywhere on the news, following the acquisition of Twitter by Elon Musk, a #TwitterMigration movement spread in various Mastodon instances. A lot of new users registered on various instances during the last week (Fosstodon had + 5 000 new users in a week) and Mastodon’s developers told about over 655 thousands active users as a new record. Some news articles also stated if Mastodon could “replace Twitter” or being “the new Twitter”. 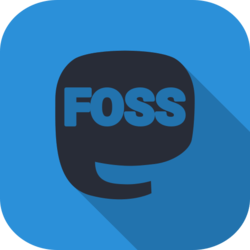 Why do I enjoy Fosstodon

I’ve joined Fosstodon since a little more than 2 years now. At this moment, I wasn’t into social medias and had none of them. I’ve discovered the power of the Fediverse with my former blog tool : Plume. Seeing some comments coming from Mastodon instances was fun an nice. Then, I’ve wanted to check myself what was going on there and eventually I’ve opened my account at Fosstodon. I’ve always liked Forums and I’ve been a lot on IRC too during my beginning of using Internet.