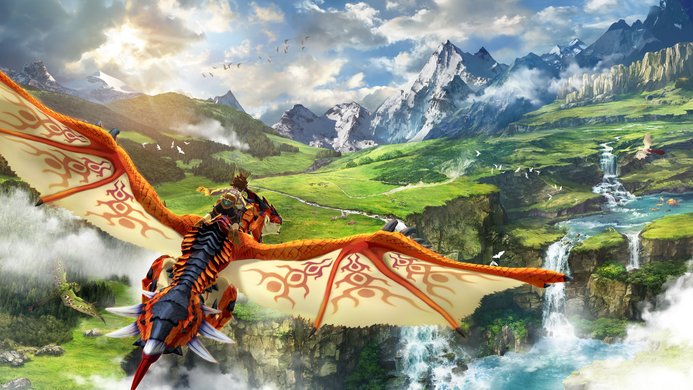 Monster Hunter Stories 2 : Wings of Ruin is a RPG video game developed by Capcom and release in 2021. It is a spin-off of the Monster Hunter series and a sequel to the 2016 game released on Nintendo 3DS. The game is available on Nintendo Switch and Steam. Around the world, the Rathalos has disappeared and large pits emit some fearsome pinkish light that make Monsters going crazy. The player character is the descendant of a famous Rider named Red.